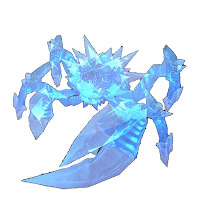 Ghostcrawler is one awesome looking pet. As you can see, he’s a spectral crab. I see very few of these guys on my server, probably because no one ever quests in the new underwater zones. But if you are leveling a hunter, I would highly recommend going to Vashj’ir to level as your first leveling zone, and staying there until you get the sea horse mount. Then, go wherever you like.

For those un-familiar with the Ghostcrawler handle, Ghostcrawler the NPC is named after Greg “Ghostcrawler” Street, the lead systems designer for World of Warcraft. Very popular on Bliz’s (and other) forums, this little crab spirit beast seems to have been aded primarily as a nod to him. But it’s still a cool pet.

You’ll find Ghostcrawler patrolling around the Abyssal Depths, in the bottom left hand corner of the map.

There is really nothing much to this tame. Ghost Crawler is level 85 so don’t even bother looking for him until you’ve leveled.

Unlike almost any other spirit beast in the game, Ghostcrawler is in an area of the map that contains absolutely no quests. That’s right, the only time a player will have a reason to be in his patrol area is if they are looking for Ghostcrawler, who, like all new rare spawns in Cataclysm, drops no loot except a 25g Tear of Loyalty. 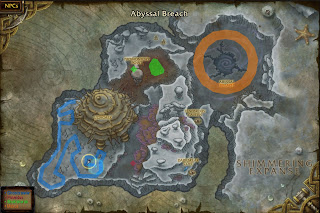 He appears to have a roughly 8 to 16 hour spawn time, but I’ve never searched the area and not found him up.

Ghostcrawler does have an interesting ability, called “Nerfbat”. Nerfbat apparently “nerfs all abilities to the ground” (another inside joke). In reality it appears to reduce healing received and does a decent amount of damage.

The best way to combat against this is to use your Deterrence/Tame Beast macro. I got him tamed at the first try with no problems, and I took no damage. He is not a challenge tame despite his nerf bat.

One note to those searching his area, he does seem to phase in and out during his patrol. This didn’t cause a problem to me as the first thing I did was to hit him with distracting shot and he came right at me. I assume he’s trapable (as most of the pre-4.3 pets are) but I didn’t have time to drop one.