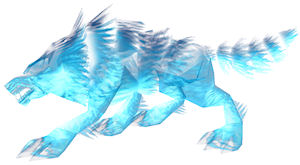 Karoma is one of the most sought after pets in WoW right now. It was introduced with 4.0, is a Spirit Beast and appears to have a 6 to 12 hour spawn timer. He spawns in one of 6 locations randomly, and from what I’ve read he (along with all rare spawns) remain in his location until ether tamed or killed. He drops only the grey Tear of Loyalty, indicating quite clearly that he is meant by Blizzard to be a hunter pet only.

He is not technically a unique skin. He matches the skin of the Ancient Grimtotem Spirit Guide, a previously tamable pet that was made tamable, and then un-tamable during BC. Blizzard obviously never intended for them to be tamable, as they only existed for 7 seconds, too short for a normal Tame Beast cast. However, a few hunters found a way to tame them, and Blizzard allowed them to keep their hard earned pets.

Needless to say they are no longer tamable. However, Blizzard added them into the game in 4.0 again as a spirit beast. The Grimtotem Spirid Guides were classified as wolves in game, yet these are Spirit Beasts, requiring you to have BM spec in order to tame him.

One more thing to note: There is no evidence that he shares a spawn timer with Sambas. I’ve also seen on message boards that Karoma will not be spawned until after Sambas has been either killed or tamed. I can tell you from many hours of camping that Karoma will not spawn after Sambas. I’m quite certain their spawn timers are completely un-related.

Karoma is an easy tame. However, he’s quite hard to find. He has one of 6 spawn locations and he will appear in one of them randomly. He does not patrol around, staying completely stationary.

This makes him a bit of a challenge as his spawn points are near to normal questing locations, and he is very likely to be spotted by a random hunter or player, and either tamed or killed. This will take a bit of diligence on your end in order to find him. 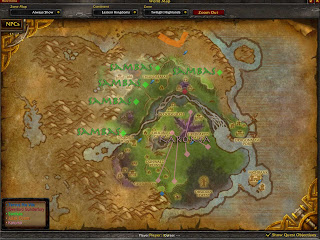 He has only 1 ability to worry about, he’ll claw at you but if you’re 85 and relatively well geared it should be no problem. Unfortunately WoWhead isn’t listing his ability at the moment so I can’t look up any data on it.

One thing to note is this: Karoma is the only Spirit Beast that is hostile.

Taming Pets in Mists of Pandaria