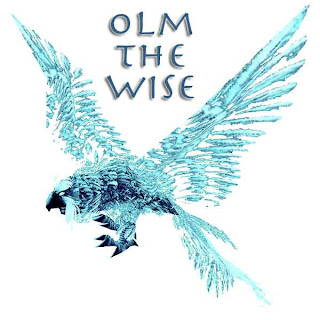 Olm the Wise is a great pet, and I hardly see any hunters out there with him. Although he shares almost the exact skin as Ban’Thalos (minus the green glow) he is not an Exotic beast and therefore can be tamed by any hunter of a sufficient level (48 or higher).

Interestingly enough, Olm the Wise didn’t always look like this. Before Cata he was a white owl that was friendly to alliance and hostile to Horde. This meant that he was un-tamable to alliance, and was the first White Owl any Hord hunter would be able to tame until they reached Winterspring.

In 4.0 Blizzard made a change to him, making him a Spectral Owl and tamable by Alliance hunters. Interestingly enough, this was done in patch 4.0.6, months before Ban’Thalos was released, so for a while this was the only spectral owl in the game, and a real owl at that. I think Blizzard knew they would be releasing Ban’Thalos and decided to give hunters a sneak peak.

Olm is a cunning pet, so he’s great for PVP, with the added bonus of not having to be BM spec to use him in Arenas/Battlegrounds.

If you’re using NPCscan (which you should) Ban’Thalos is not in it’s standard registry, so you’ll have to add him in. To do this, you’ll need to know his NPC ID, which is: 14343

Other than that, there is absolutely nothing special in his tame procedure. Just fly around his spawn location until you see him. Spawn time appears to be about 8 hours but I’ve never failed to see him every time I go looking for him. Either many hunters don’t know about him or don’t care, but I find this to be one of my favorite pets.

Getting Started taming rare pets – What You Need to Know