Although a generally well made film, it might have been received better had it not involved Superman. Deconstructing the superhero genre is one thing, but turning the entire mythos of the most beloved superhero of all time into its exact parallel makes what could have been an enjoyable popcorn movie into an utter disaster.

So on Sunday I took my dad out to see Man of Steel for a belated father’s day. I have to say that, apart from one HUGE FRIGGIN MAJOR PROBLEM it’s a good film, it might even have been a great film, despite my misgivings. But it’s not a good Superman Film. 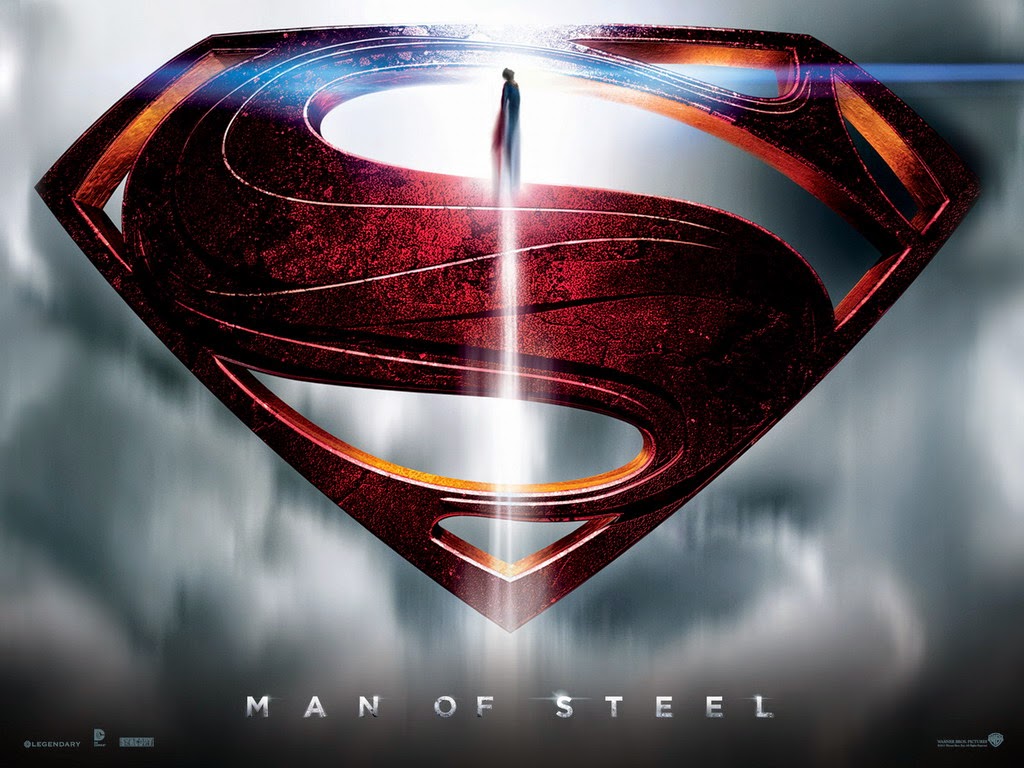 So to start, my minor problems.

Zod should never have been the villain of the first film. I understand why they did it and the way in which they did it was fantastic, I forgive Nolan and Snyder for 86’ing Luther from the film altogether. It was done very well and as I said apart from the last minute and a half it was a decent film.

But lets look at the overall Superman Mythos here. Superman is just that: a super man, the Übermensch. He’s better than humans, not just in his powers but his personality, in who he is. When he comes on the scene he’s a perfectly moral entity. He has to be. He could level the planet on a whim if he wanted to. He could fly through its core and destroy it. He could kill every last human being on the planet for any minor infraction he sees wrong or evil.
But he doesn’t. And he never will. The thought of ruling over us like a god is unthinkable to him. He is better than us. Absolute power may corrupt humans but Superman is above corruption. He represents everything that is good in humanity and everything that humanity should be but can’t because of our flaws.

Fiction of course, but it’s a good story.

The first film should juxtapose the alien sun god with man, with a human that is weak, old, somewhat fragile, but every bit as much a match for Superman because of the very thing that makes him human: namely his intellect and his pride.
The first film should have pitted Lex Luther, the man previously seen as Humanity’s Savior (read the comics, he was until Superman arrived on the scene) with the man who actually is the world’s savior. The triumph of the super man over the avarice, the lust for power of the mortal man. Superman truly rises above humanity’s petty jealousies and flaws and defeats the former champion of humanity. He becomes something to aspire to, an unreachable goal that humans can extend their hands to but never truly grasp.

He’s better than us, but he doesn’t blame us for being less than he is, for failing to miss the mark. To him there is nothing wrong with humans even though he is clearly greater than us in every way, and that was truly makes Superman a super man, not his powers but who he is, how he views the world.

Then comes Zod. The conqueror. The evil god hoping to reign down destruction upon the petty mortals for their failings. Superman the sun god and Zod the god of death fight in an epic battle and we realize that it’s not all Kryptonians who are super men, but just Kal El, the man raised in Kansas by two loving parents who taught him the nature of morality and, more importantly, self restraint. Because Superman has lived his life in a bubble, walking on egg shells so that he doesn’t hurt the humans to whom he sacrifices everything to protect.
In the second film we learn that Superman is an aberration, that the Kryptonians are not better than us. It is then that we learn that Superman’s true strength isn’t in his powers but rather in who he is, and we learn that it’s not his alien heritage but his humanity that makes him great, and we learn that we too can finally grasp the standard that Superman has been holding all the time. He didn’t thrust it upon us, he held it out for when we were ready, never judging, never chastising, but being a shining example to all of us.
Then in the third film he dies and we’re sad but we realize we didn’t need him any more, he showed us the way to be better than we once were, to become more like him.

How it Went Wrong

But no. Zack Snyder decided to make Zod the first villain, and we start fearing Superman not respecting him, not honoring him. I mean, think logically. We’re first introduced to the Kryptonians not by their best shining example but by their worst cancer and it is just one out of them that fights to save us. We’re thankful to him, sure, but deep down in the darkest part of our minds, the part that’s only too recently removed form the jungle, we fear him. We’re waiting for that time when he’ll get angry or disappointed and snap; turn himself not into the protector of humanity but it’s judge, it’s jury, and eventually its executioner.

But perhaps Snyder wanted to go that route, which is fine. Makes the world of Man of Steel a little more real so whatever, I’m fine with it.

The other minor quip is the way in which Jonathan Kent died. The comics have fluctuated between him being alive when Superman is in metropolis to him dying while Clark Kent is still finding himself in Smallville. I think though, that having Jonathan Kent die is the better scenario, because it inspires Superman to be the hero that he knew he always could be.
But this Jonathan Kent wants to hide his son, to the point of trying to prevent his son from saving lives. That’s not the man who raised Superman, that’s not the person who shaped Kal El into the man to which we all aspire. In the end he does die in an act of heroism but not to save a human life, but rather to keep Clark’s secret. I mean come on! He died saving a friggin dog. No one cares about dogs, they don’t have souls! Then he just stands there while he makes Clark watch knowing that he could have saved him. I mean… that’s just torture and it’s selfish at that.
But whatever, it’s a decent death, not a good one but good enough.

No, it wasn’t those two errors that made Man of Steel a great film but a TERRIBLE Superman film. It was what happened in the last minute or so.

You see, the one thing, above all else, that makes Superman great is this: HE. DOESN’T. KILL. PERI-FRIGGON-OD. No killing. That’s like, his one main rule. Oh, he has others. Batman will torture people and Superman won’t, etc., but the one thing that he’ll never break (and the most important thing, since it’s so easy) is that he doesn’t kill. NO MATTER WHAT!!!
I mean, sure, Superman sort of killed Darkseid by singing at his soul’s resonance frequency and thereby shattering him, dispersing his essence across the bleed… but he was kind of a ghost anyway since Batman had already killed him (oh, and in case you hadn’t forgotten, that’s why I hate Grant Morison because Batman DOES. NOT. KILL. PERI-FRIGGIN-OD), but I digress.
So in the last minute or so of the film Superman and Zod are in a place that looks awfully a lot like Grand Central Station even though they’re in Metropolis rather than New York… and Zod is aiming his newly activated heat vision at some innocent bystanders. Superman has his arms around Zod’s neck and I can see it coming from a mile away. I’m screaming in my head “NO NO NO NO NO” and then SNAP. Zod’s dead, humanity’s saved, and Superman gives out a heart wrenching scream of anger and disappointment (at himself) for having to take a life. And them boom flash forward everything is fine and dandy Superman’s a hero bla bla bla.
NO! The only reason why I didn’t throw my hands up and yell “Done!” as I walked out of the film in a desperate attempt to get my money back was because my dad was there and also I was stunned. Just stunned.
Zack Snyder should have known better. HE SHOULD HAVE KNOWN BETTER. SUPERMAN DOES NOT KILL.
So… I can think of like three ways of killing/stopping Zod without turning Superman into a murderer. Like, well, for instance, Superman’s got hands. He could have blocked the heat vision to protect the bystanders and the head vision accidentally melts Zod’s skull off. That’d have been fine. Superman didn’t kill Zod, Zod killed Zod by accident and Superman’s only crime was protecting people. Or he could have flew into the atmosphere and beaten him up and Zod and he fall to the ground and Zod was too weak to handle the impact ’cause Superman’s got 33 years of Solar radiation and Zod’s got like a few weeks, tops. Whatever. Anything but a murder.
So yeah… Man of Steel is a decent super hero film, but a TERRIBLE Superman Film. It’s at the bottom of my list… right underneath Superman IV: The Quest for More Money.
Liked it? Take a second to support TPK Media on Patreon!